Chester Zoo has announced the birth of an extremely rare Western chimpanzee. 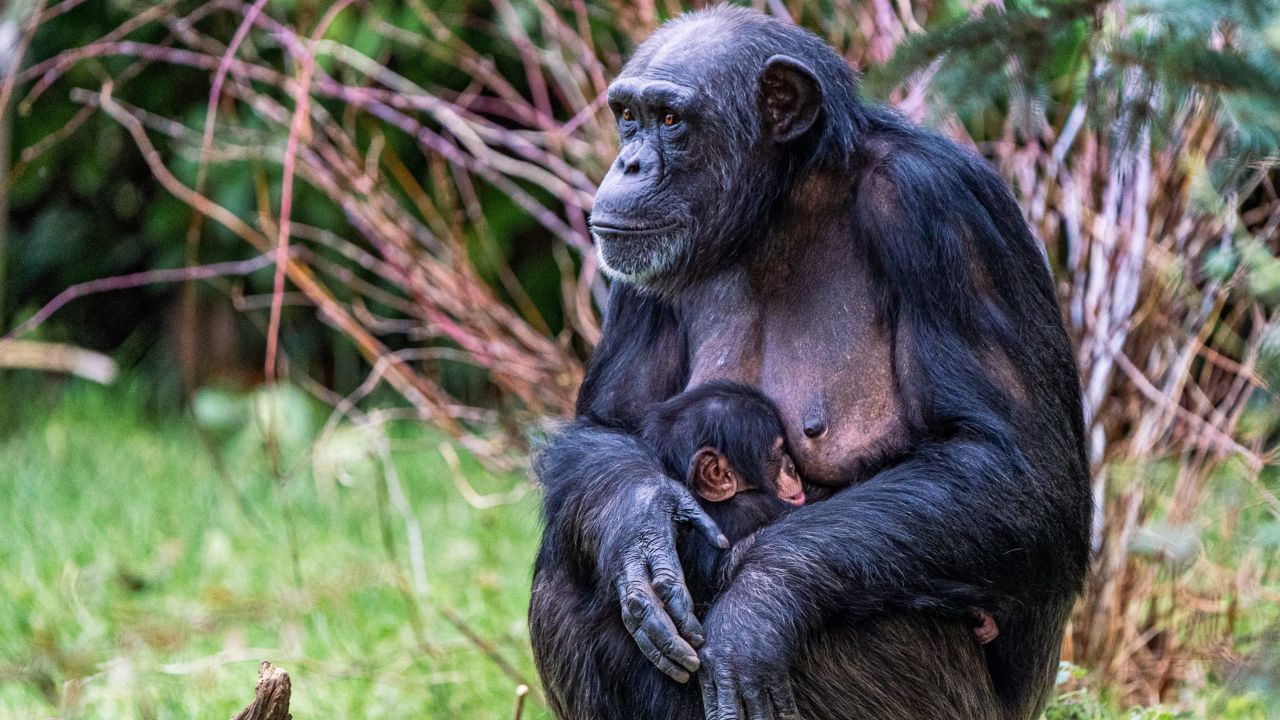 A Western chimpanzee, the most endangered subspecies of chimpanzees, was born at the Chester Zoo in Cheshire, England.

The birth of the boy was announced by the zoo in a news release on Thursday. The young chimpanzee, who was born to mother ZeeZee, will be kept in the British Zoo with a population of 22 Western chimpanzees.

At Syracuse, New York’s Rosamond Gifford Zoo, two unusual twin elephants were born.
Elephant twins born in a “miracle” at the Rosamond Gifford Zoo
According to a press statement from the zoo’s primate section, team manager Andrew Lenihan, “We’re tremendously proud to see a darling new baby in the chimpanzee tribe.” Mum ZeeZee and her new baby “instantly bonded,” and she has been excellent at holding him close and taking care of him.

Lenihan claimed that his extended family had already begun to accept the baby.

Lenihan continued, “A birth always generates a lot of excitement in the group and raising a child soon becomes a real extended family effort. As ZeeZee’s daughter Stevie is doing with her new sibling, “you’ll frequently see the new baby being passed between different females who wish to lend a helping hand and give ZeeZee some well-deserved rest. It’s wonderful to see that it appears that she really likes him.

Ad Suggestions
The little infant is also a vital asset for the population that is in grave danger.

According to a news release, Chester Zoo’s baby will get the name of a well-known rock star in keeping with a long-standing custom.

The International Union for the Conservation of Nature has designated the Western chimpanzee as the only chimpanzee subspecies that is “critically endangered,” meaning they are at “an exceptionally high risk of extinction in the wild.” However, the species still exists in some areas of West Africa, with the greatest population persisting in Guinea. It has gone extinct in Benin, Burkina Faso, and Togo.

The International Union for the Conservation of Nature estimates that during the past 25 years, the population of the subspecies has decreased by 80%. Due to habitat loss, hunting, and sickness, the ape’s population has drastically decreased.