As tensions with China continue to rise, a US carrier strike group begins operations in the South China Sea. 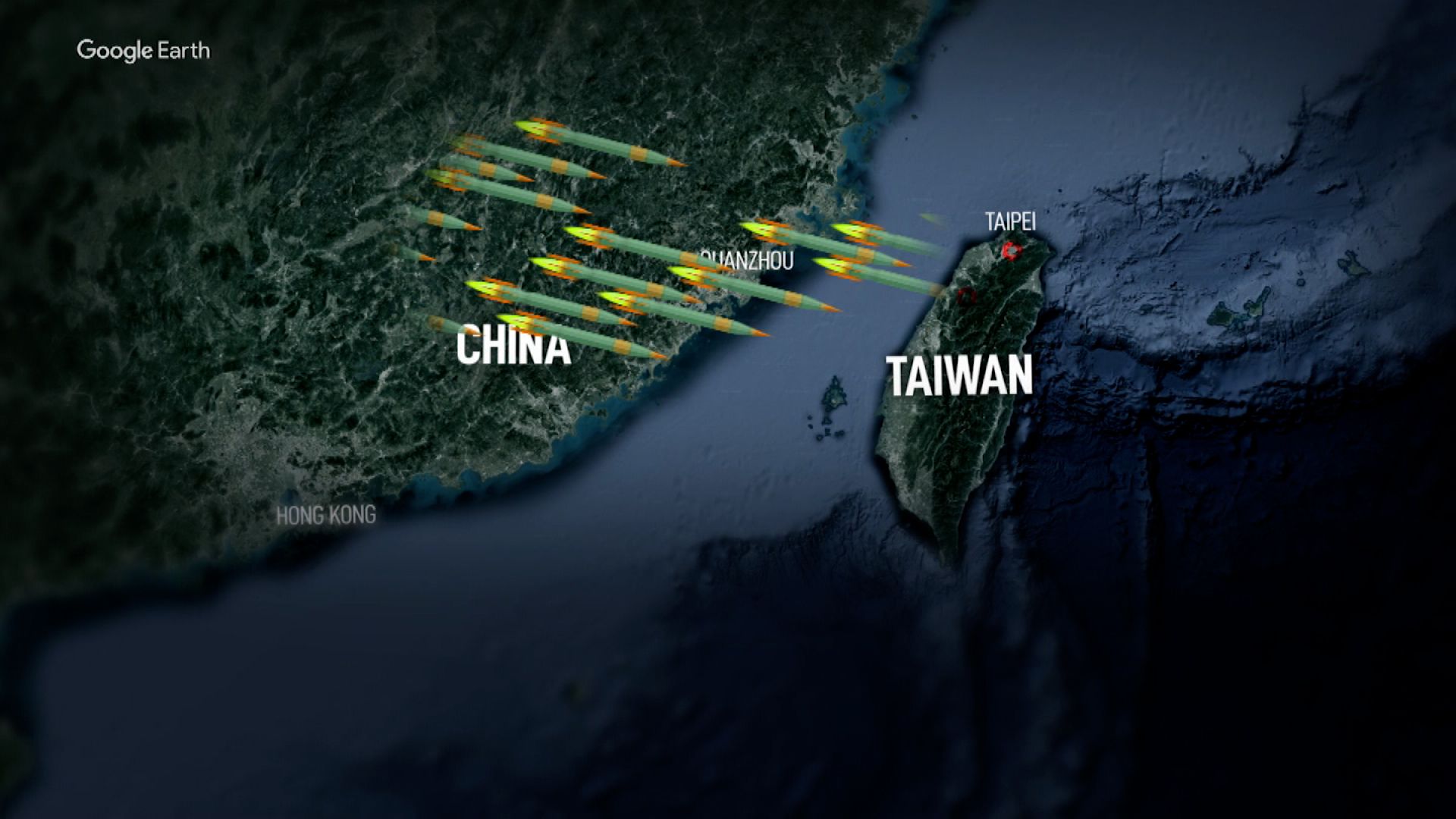 The US Navy said on Thursday that a carrier strike group has started operations in the South China Sea amid rising hostilities with Beijing, which asserts sovereignty over a large portion of the body of water.

According to a defense official speaking to CNN, two Chinese ships are already pursuing the US fleet, which comprises of an aircraft carrier, a guided missile cruiser, and three guided missile destroyers.

As part of its current deployment, the Nimitz Carrier Strike Group made its first foray into the South China Sea. The group, according to its commander, has lethal and non-lethal capabilities from “space to undersea, across every axis, and every domain.”

The move coincides with the US military’s escalating regional presence in an effort to stave off China, which is rapidly modernizing and boosting its own military and nuclear capabilities.

CH-46 helicopters are seen taking off at the U.S. Marine Corps base in Futenma, located in Okinawa, Japan, in this photo from August 16, 2012. Okinawa The long-awaited relocation of the American military installation received approval from the governor on Friday, December 27, 2013, which is a significant step toward enabling the US to carry out its plans to consolidate its troops in Okinawa and relocate some to Guam. Nakaima granted permission for the Japanese Defense Ministry to recover land along the shore of Okinawa for a new military facility. It would take the place of the American Marine Corps base now located in Futenma, a busier area of Okinawa’s main island. Greg Baker/AP Photo
In an effort to discourage China, the US and Japan deepen their military ties with an improved Marine battalion.
A strengthened US Marine presence on Okinawa, equipped with cutting-edge intelligence and anti-ship capabilities, was announced this week by the US and Japan. In response to what they perceive as China’s increasing assertiveness in the region, the two partners also launched a number of other initiatives aimed at bringing the military closer together.

When speaking with Secretary of State Antony Blinken and their Japanese counterparts in Washington on Wednesday, Defense Secretary Lloyd Austin said, “We share a common vision with Japan to maintain a free and open Indo-Pacific and all the things that we’re doing, you know, point towards that direction.”

Ad Suggestions
In what the US labeled a “unsafe move” three weeks ago, a Chinese J-11 fighter jet intercepted a US RC-135 surveillance aircraft over the South China Sea. The Chinese jet approached the larger, slower reconnaissance jet at a distance of 20 feet, forcing the RC-135 Rivet Joint to take evasive measures, according to the US.

Despite a Chinese military video showing nothing of the sort, the People’s Liberation Army responded with their own account of the intercept, alleging that the US aircraft had “abruptly changed its flight attitude” with a “dangerous approaching maneuver.”

The incident brought attention to the tensions that already exist in the South China Sea, where Beijing has utilized its own man-made fortified islands to assert a claim of sovereignty that is not recognized by the US or its allies.

The Chinese Navy often follows American warships in the South China Sea, and on occasion has even asserted that it chased the American ships away after they had left the disputed waters.

SUNDAY, AUGUST 24, 2022 – FUJIAN, CHINA On August 24, 2022, Zhangzhou City, Fujian Province, China will host a cross-day, all-factor live-fire red-blue confrontation drill between the PLA Navy and the PLA Army. (Future Publishing should be listed as the photo’s source rather than CFOTO.)
A wargame predicts that a Chinese invasion of Taiwan would fail, albeit at a great cost to the forces of the US, China, and Taiwan.
China asserted that the USS Chancellorsville was expelled from the South China Sea in November after it “illegally entered” the area without permission, demonstrating that the US “is a true creator of security hazards” in the area.

The People’s Republic of China has repeatedly attempted to misrepresent legal US maritime operations and assert its excessive and illegitimate maritime claims at the expense of its Southeast Asian neighbors, according to the US, which responded bluntly by calling the Chinese account “false” and the “latest in a long string of actions.”

According to international law, the US guided missile cruiser was conducting operations in the South China Sea as part of a freedom of navigation mission, according to the Navy.

At the time, the US said that “all states, great and small, should be safe in their sovereignty, free from coercion, and able to pursue economic progress compatible with accepted international rules and norms.”